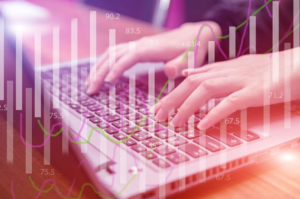 Our client was a two Partner High St practice in the North West.  They were looking to sell the practice to a buyer who would keep the main and branch offices open, at least for a reasonable period of time, employ one Partner for at least three years post-completion (the other for no more than six months) and pay a substantial lump sum on completion.

Our route to the client was unusual – we had been acting for a prospective purchaser and had met both Partners to discuss with them their hopes and the opportunities they felt would be open to a buyer.  That prospective purchaser pulled out early when an opportunity to acquire another business in a more strategically suitable location arose.

We were contacted by the prospective seller shortly after that – they had been impressed with our approach and our experience of acting in such matters.  After we had satisfied ourselves that there was no conflict of interest, we were appointed to find them a buyer.

The client had initially instructed their accountants to market the business for them.  Their approach had been to value the business on a net profit basis and to seek roughly one year’s adjusted net profit as a sales price.  We didn’t think a buyer would pay out a year’s profits when one of two partners intended to leave as soon as possible.  On the other hand, we advised that a figure in that ball park (£200k+) might be achievable if the Partners were prepared to accept an element of deferred consideration, and if they aimed not at a profit-related sales price but at the realisation of WIP and debtors.

A teaser document was prepared and sent to a carefully selected and agreed list of prospective buyers.  NDAs were entered into with about half of the dozen firms contacted, and initial meetings with two were arranged.

Negotiations with the most active prospective buyer proceeded at pace.  Terms were agreed with the buyer which saw a more modest than had initially been hoped for lump sum, payable on completion – but as the sale was a nil cash, nil debt sale, the Partners also had a sizeable credit balance on office to withdraw.

Their ambitions were realised in full, albeit with payment over three years (to suit both the continuing partner’s retirement plans and the buyer).

Business Owl for the design and creation of this website